CHECK-IN ONLINE THE NIGHT BEFORE YOUR FLIGHT. 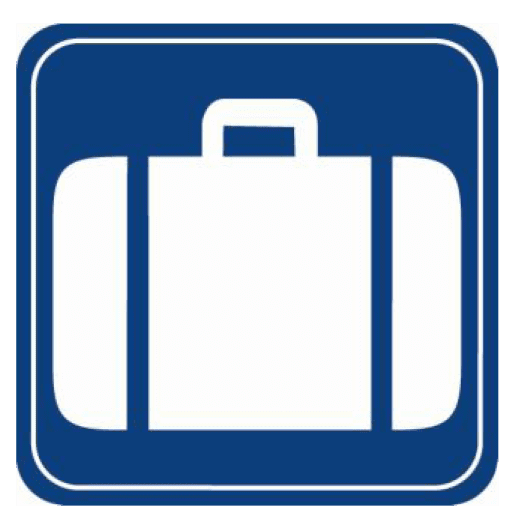 ARRIVE AT LEAST ONE HOUR BEFORE DEPARTURE WITH YOUR PRINTED AIRLINE BOARDING PASS. RELAX IN OUR BUSINESS LOUNGE AND ENJOY COMPLEMENTARY WIFI.

Tip #1: Make your reservation early.
Shop Early, Shop Often – It’s important to shop early in order to receive the best fares, likewise, it’s important that you continually check the fares if the first quote you receive is not to your liking. Airlines are constantly changing fares to match the demand and competing airlines.

Tip #2: Stay over a Saturday night.
Most low fares require that you stay over at least one Saturday night before your return flight. However, some fares may only require you to stay a minimum of 3 or 4 days.

Tip #3: Did we mention you should make your reservation early?
Airlines sell only a limited number of seats at the lowest fares. When those seats sell out, the price goes up!

Tip #4: Consider an airport near your destination.
You may enjoy significant savings if you are willing to fly into nearby airports. For example, when traveling to Los Angeles (LAX), you may want to consider flying into the Burbank (BUR), Orange County (SNA) or Ontario (ONT) airports. Similarly, the cost of a trip to San Francisco (SFO) might be reduced by flying into San Jose (SJC) or Oakland (OAK), while travel to Miami (MIA) may be less expensive if you fly into Ft. Lauderdale (FLL).

Tip #5: Try an earlier or later travel date.
To get the lowest roundtrip fare, the same fare must be available on both the departing and return flights you select. If the fare is sold out on either of these, the price you end up with will be much higher. If possible, consider flying on another date.

Tip #6: Avoid last minute purchases of Fares.
These are normally the highest fares because the majority of the seats on the aircraft are sold and the airlines know that if you are buying last minute, you are in a crunch (Example: you may need to get to an important business meeting etc.) and you will be willing to pay a higher fare.

Tip #7: Begin travel on Tuesday, Wednesday or Thursday.
Fares are generally lower on off peak travel days. Avoid Departures on Friday, Sunday and Monday and try booking flights that depart and arrive early in the morning or late in the evening – Off peak travel times have less demand and airlines generally offer these flights at a lower cost. WE ARE HERE FOR YOU

The Lake Charles Regional Airport began operation in 1961. LCH is a commercial air service and serves the air travel needs of the residents of Southwest Louisiana.

We Are Here To Assist You